More then ever, a trusted real estate advisor is integral to wealth management. Team Luka Realty Group is looking forward to earning your trust and leveraging our success for your benefit for generations to come.

The pandemic brought a decade of job creation—the longest economic expansion in modern US history—to a screeching halt in April. But as economies reopen, the job market has returned about halfway to normal and the housing market is soaring as a result, according to Lawrence Yun, chief economist at the National Association of Realtors.

Speaking at the NAREE (National Association of Real Estate Editors) 2020 Real Estate Journalism Conference, Yun added that nonfarm employment in the U.S. fell by an average of 6.1 percent year-over-year in October, with Idaho being the only state that saw no job losses. Although employment is rebounding from its April nadir, job growth is beginning to fizzle out, pointing to the need for a federal economic stimulus package, he said.

That measure, along with a widely available vaccine, would help the economy pick up steam next year, said Yun, who forecasts that GDP will grow by 4 percent in 2021 after falling by 5 percent in 2020. He also expects 3 million jobs to be created in 2021, compared to 7 million jobs lost this year, and persistent low interest rates. Inflation is not expected to be a problem for years and is projected at 1.6 percent for 2021.

Lockdowns crushed the home sales market, but monthly sales have surged far above their pre-pandemic level amid the reopening, reaching a seasonally-adjusted annual rate of 6.9 million, according to data from the National Association of Realtors. Driving the sales boom in the face of high unemployment is the fact that mortgage rates are at an all-time low, Yun said.

“Because of the pandemic, work-from-home flexibility I think will become more prevalent,” said Yun. “If that is the case, people will want to seek perhaps a larger sized home in the outlying suburbs or in small towns where land is affordable, home prices are affordable.”

“We have a substantial amount of housing momentum right now,” said Danielle Hale, chief economist at real estate listings site realtor.com, who spoke on the same panel as Yun. “Homes are selling incredibly quickly, nearly 2 weeks faster than what we saw this time last year, because the market is so starved for inventory. We see about 500,000 fewer homes on the market for sale this November compared to a year ago.”

Secondary tech markets like Denver and Boise are expected to perform well from a home sales and pricing perspective, Hale noted. Large metros are generally expected to see strong growth, with the notable exception of the New York City region. People moving into secondary markets and suburbs of cities where they currently reside, such as Los Angeles, will also drive strong housing performance.

Trends in rental data, which realtor.com has recently begun to produce, reflect the same forces that are shaping the broader housing market. “Rents are falling in big cities, particularly in the San Francisco and New York areas, and growing elsewhere, particularly in areas that benefitted from people coming in, fleeing those large cities and seeking more affordable rent,” said Hale.

“People who no longer feel constrained to the Bay Area by their jobs are seeking more affordability and finding it in markets like Sacramento,” she said.

Frank Nothaft, senior VP and chief economist at property data and analytics CoreLogic, noted during the same panel discussion that single-family home rents rose by about 2.5 to 3 percent on a national basis—much faster than overall inflation.

“Partly that may be reflective of that transition that we’re seeing among some rental families away from high-rise apartment buildings in the center city out to suburban communities or the edge of the urban market,” he said. 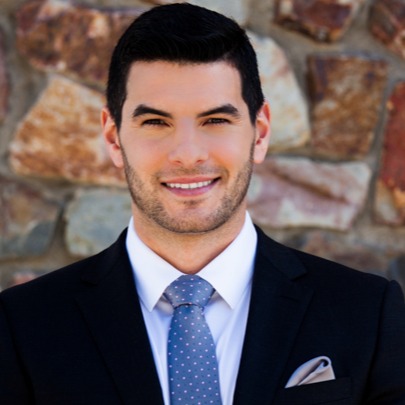 Driven by the beliefs that honesty is always the best policy and that trust has to be earned and kept, Luka is dedicated to helping his clients find a path to home that they never thought possible. A ....

HOUSING MARKET FORECAST: WHAT’S AHEAD IN 2021?

While 2020 has faced its fair share of ups and downs, we know one thing to be true: the real estate market not only met expert predictions, it surpassed them, breaking records along the way.With

More Generations Are Living under One Roof This Year

This year challenged us to reprioritize everything – from the way we use our time to where we work, how we socialize and gather together, and our needs at home. For many, this also meant

The pandemic brought a decade of job creation—the longest economic expansion in modern US history—to a screeching halt in April. But as economies reopen, the job market has returned

Why It Makes Sense to Sell Your House This Holiday Season

If you’re one of the many homeowners thinking about taking your house off the market for the holidays, hang on. You definitely don’t want to miss the great selling opportunity you have

By registering, you agree to our terms of use and that real estate professionals and lenders may call/text you about your inquiry, which may involve use of automated means and prerecorded/artificial voices. You don't need to consent as a condition of buying any property, goods or services. Messages/data rates may apply.